This article describes an older method of collecting from Siri using the Reminders app, and may still be useful for those looking to use Reminders as a way to migrate tasks from other applications or services into OmniFocus.

OmniFocus for iOS offers a Reminders Capture feature on Siri-compatible devices, which will import information from Apple’s Reminders app. This includes items dictated using Siri into the Reminders app (hereinafter referred to as “reminders”). If you’re using OmniFocus on an iOS device with Siri (iPhone 4S and later, iPad 3rd generation and later, iPad Pro, all iPad Minis, and iPod Touch 5th generation and later), all you need to do is check a few settings on your device and you can start adding spoken items to your Inbox in no time.

To set up OmniFocus so it captures your reminders from Siri: 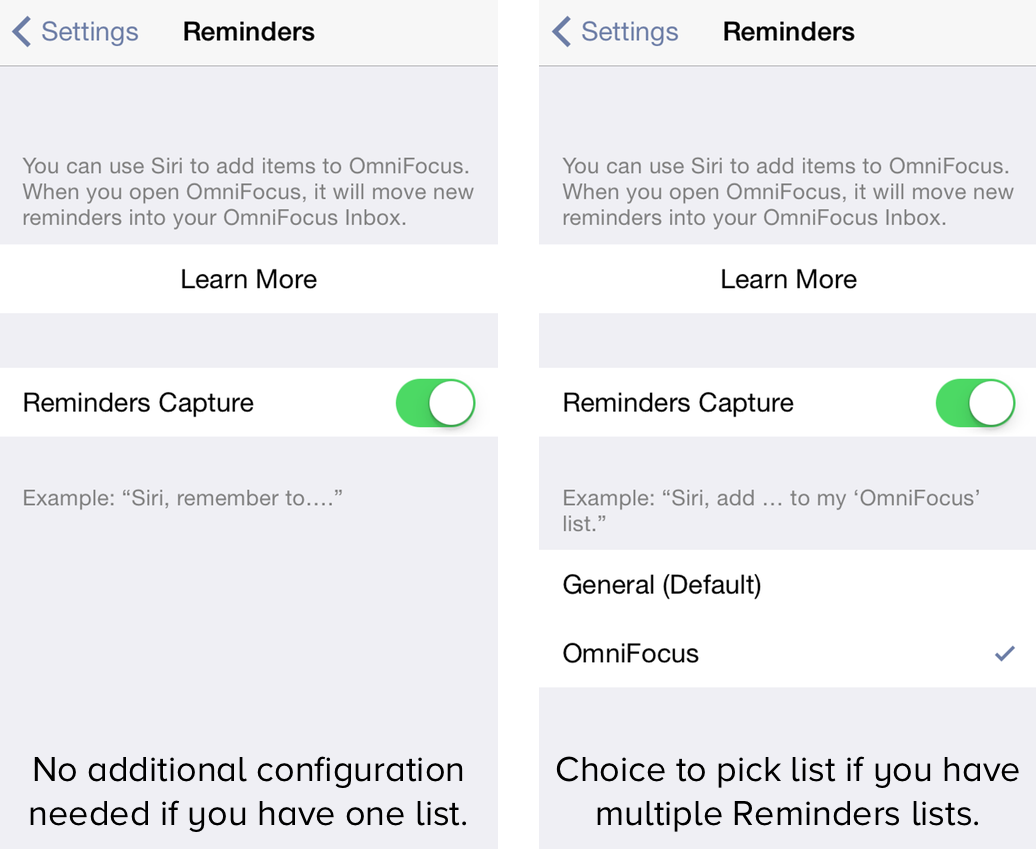 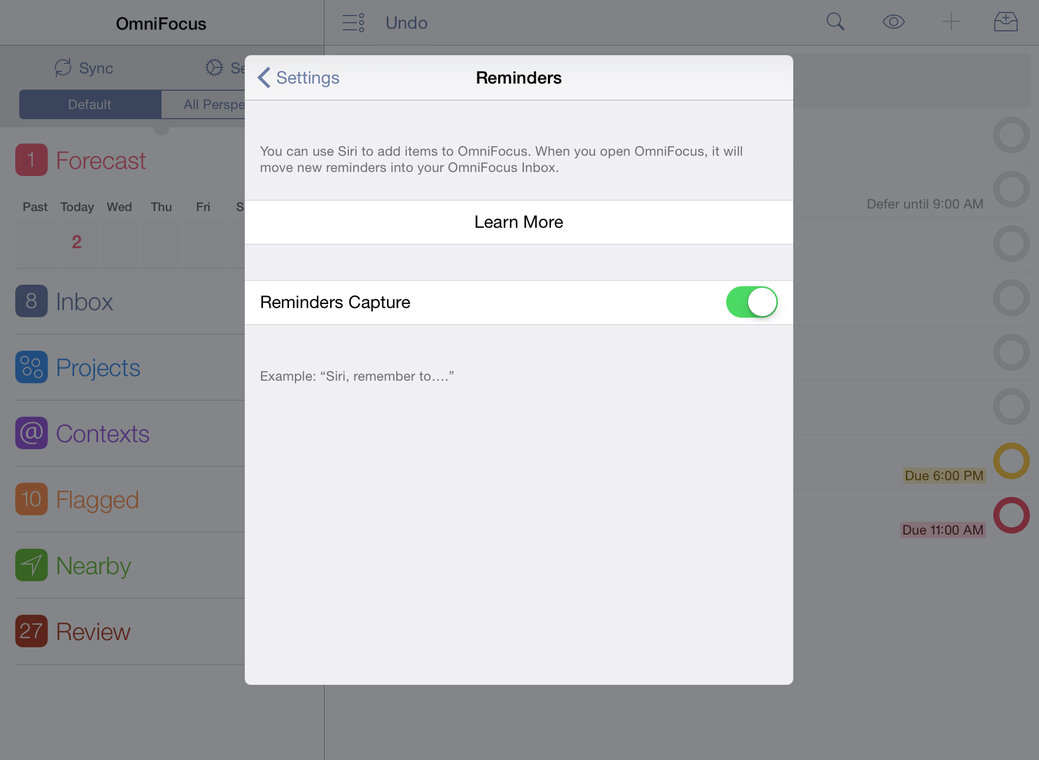 Warning: You should only configure Reminders Capture on a single iOS device. If you rely on iCloud to sync your reminders across devices and you have OmniFocus on iPad and iPhone, you could end up with duplicate entries in your Inbox.

To record a new Inbox item with Siri, try these phrases:

Note: Use the small dot distance (200 meters/650 feet) if you would like OmniFocus to capture Siri-transcribed actions associated with that location.

One of our primary goals with Reminders Capture is to avoid losing your data during import. OmniFocus will try to bring along as much metadata as possible, but we don’t have a direct equivalent for everything that can be set on a Reminder. During import, OmniFocus will capture the following bits of information on a task:

OmniFocus avoids capturing a given reminder, leaving it in the original list, if:

OmniFocus will try to capture reminders every time the app is opened, and at regular intervals thereafter (e.g. when a sync happens). This way, if you go back and modify a reminder in the Reminders app, OmniFocus can take another shot at capturing that reminder the next time you return to our app.

An Important Note on Reminders Capture

If you decide not to use Reminders Capture, fear not! There are still many other methods for capturing data into OmniFocus 2 for iOS.

In iOS 9, Apple introduced the ability to have Siri remind you about things you’re looking at in your apps and want to follow up on later. If you’re in the middle of composing an email, you can say “Remind me about this tonight” to get taken back to your draft later on. When you set up a reminder about “this,” an app can offer a deep link back to itself, so you can return to this point via a reminder.

Unfortunately, Apple does not expose these links through the third-party APIs that OmniFocus use to read Reminders data. As a result, we’re met with a few limitations when importing reminders: