Action Groups are a useful way to organize complicated projects. Giving an action a child action turns it into an Action Group. This is a great way to break complicated steps of a project up into smaller actions without having to create a separate project.

What’s the difference between an action group and a project?

Great question - I’m glad you asked! Perhaps the most notable difference between action groups and projects is that an action group is still a series of actions. This means an action group won’t show up in your list of projects, and a task can’t be assigned to an action group using the Projects field. You also can’t change the status of an action group (to On Hold or Dropped for example).

Creating an Action Group on the iPad and iPhone 6 Plus 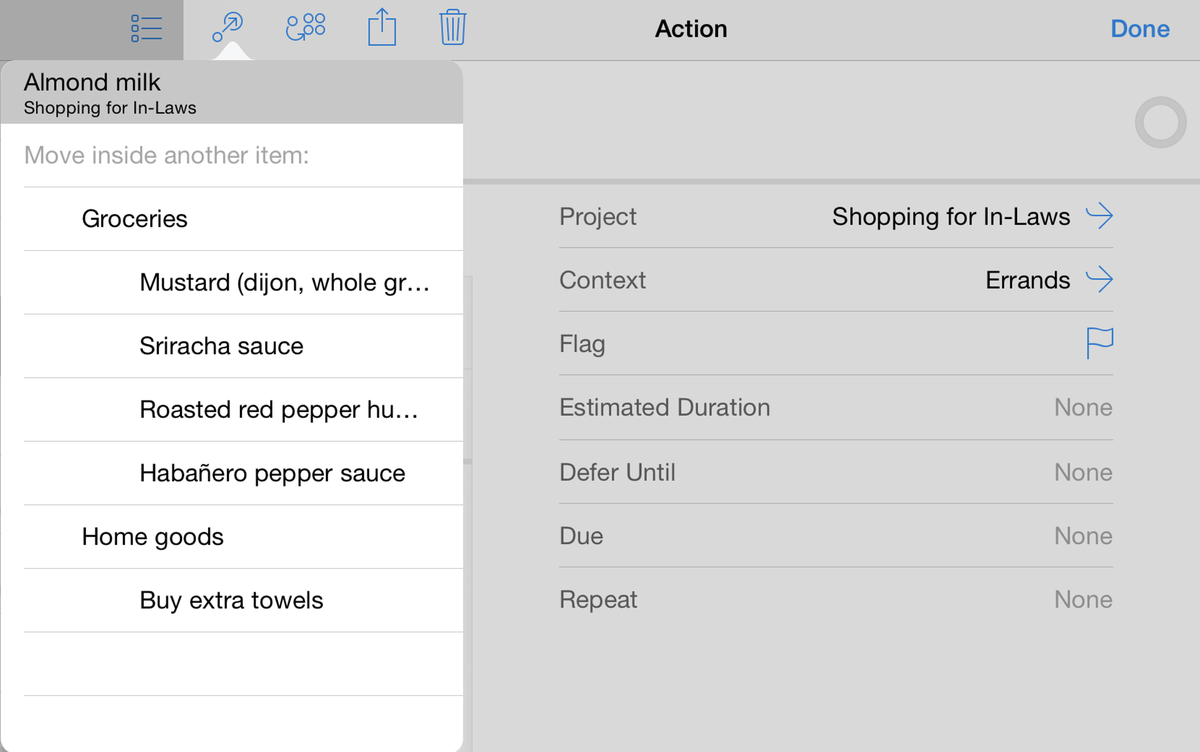 An alternative way to create an action group is to initially create it as a project, populate it with actions, then convert the project to an action and move it inside the project intended to be its final home. If you open the editor to modify a project, Convert to Action is the second icon from the left.

Creating a child action on the iPhone

This process is largely the same on the iPhone, give or take a few interface changes for the smaller display. Start by creating a new action in or moving an existing action to the project where you’d like to create an action group. Tap the action to open the editor, then in the Info tab scroll down to select Move. Find the action that you’d like to nest the child action under, and tap it to create your new group. 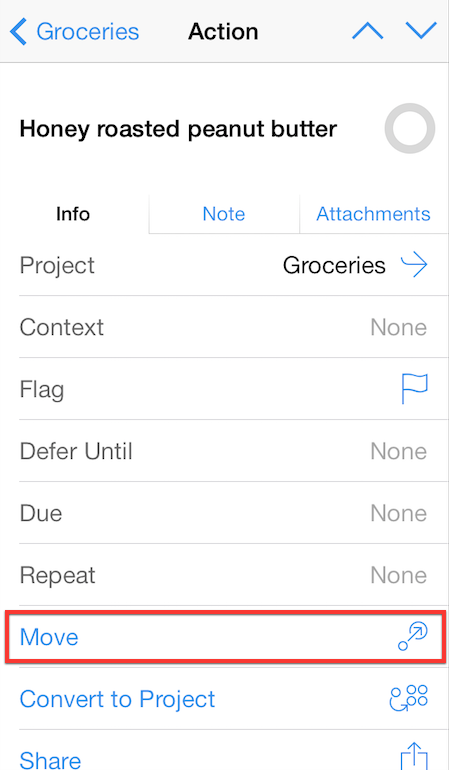